When world-renowned nonverbal communication expert Doctor Genevieve Lenard wakes up in an unknown location, drugged and kidnapped, it pushes the limits of her autism coping skills.

For the last year, Russian philanthropist and psychopath Tomasz Kubanov has been studying Genevieve just as she and her team have been studying him. Now forged paintings and mysterious murders are surfacing around her team, with evidence pointing to one of them as the killer.

Genevieve knows Kubanov is behind these senseless acts of violence. What she doesn't understand are the inconsistencies between his actions and the cryptic messages he sends. Something has triggered his unpredictable behaviour, something that might result in many more deaths, including those she cares for. Because this time, Kubanov has nothing to lose. 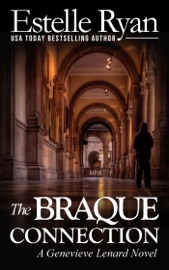